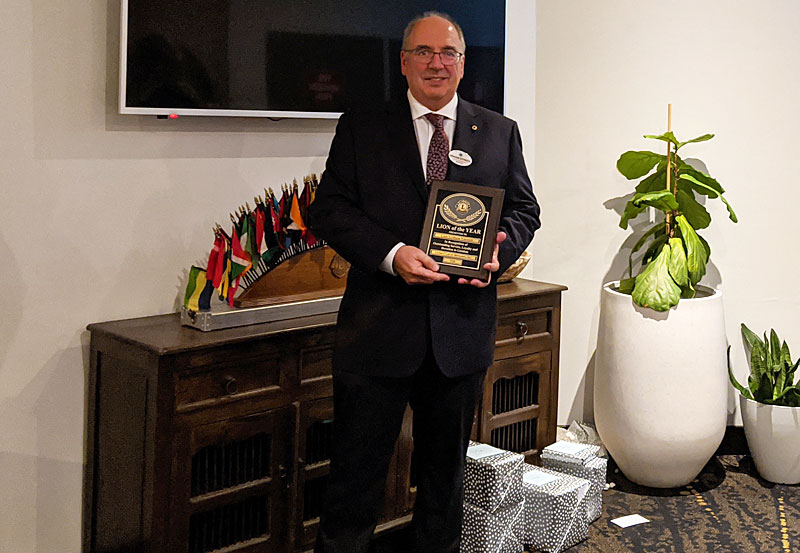 During the previous year, Graham distinguished himself with outstanding service that went above and beyond all expectations.

In only his first full year with the club he took on the roles of Vice President 1 and Membership Chair. He quickly earned the nickname “The Energiser Bunny” for his never ending energy and enthusiasm and he introduced new ideas and new members.

Graham has taken the lead on many of our major projects, has lodged multiple grant applications with great success, and has attended and organised almost every BBQ during the year. He was instrumental in introducing (and MCd) the Youth of the Year events, began work on commencing a Junior Public Speaking Program, fostered closer relationships with the other Berowra service clubs, built closer ties with community organisations and businesses such as the Bendigo Bank and the suppliers for our BBQs, and also managed to persuade many organisations to just donate things to us.

And he has also shown that he has a great head for Radio, with him now doing a regular spot on HHH 100.1 FM promoting the club and our activities.

Graham is a very worthy winner of this award and the club congratulates him, and thanks him for his service during the past year. We look forward to much more!