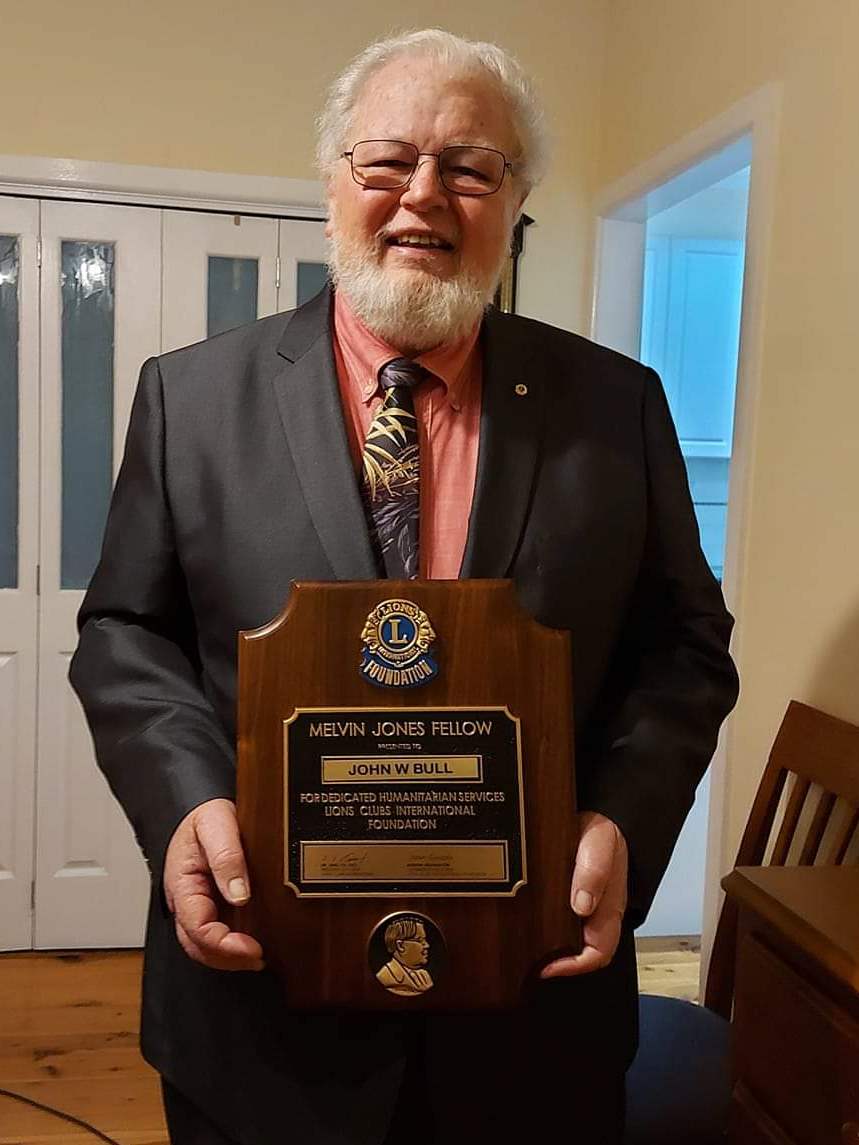 In Lions, we don’t do the things we do for our community for recognition or to receive awards. However, at our recent Annual Changeover Dinner, in a club where every member deserves recognition, it was appropriate to single out Lion John Bull for his outstanding service to the community. John has been a member of the club since 2012 and has been actively involved ever since. John has been a regular face at our BBQs and other public functions, and was a Lions Op Shop regular while it existed.

He served two terms as Club President from 2017 to 2019. Over this time he showed himself to be not only a “Man of Steel”, but also a man of vision. He held the club together through a difficult transition period following the closure of the Op Shop, while also always maintaining a vision for the future. He initiated many useful projects, one of which came to fruition just this month with the completion of stage one of the Warrina Street Oval Exercise Equipment Project. It was very pleasing to bring stage one of John’s vision to reality, with the assistance of the Australian Government, Hornsby Council along with Apex and Rotary locally.

John constantly amazes and inspires those around him – whether they be club members or community members, and has been ably and strongly supported by his wife Jen at all times too. Many in the club have strived to do their best for the club being inspired in no small part by John’s leadership and tenacity during his two terms as President.

Although not able to be present at our recent changeover dinner, the award was presented to John by his wife Jen while his fellow club members watched on via video conference. Completely lost for words, John was surprised and completely humbled when presented with the award.